Meet the team that’s working hard to bring you CUSEC 2013! 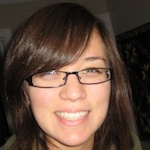 Alex is a 4th year at the University of Ottawa in Software Engineering with a Management and Entrepreneurship option. She loves to read webcomics on the bus to school and play video games when she’s not coding up a storm for assignments. You can usually find her soaking in the summer outside since her least favourite season is winter and wondering why snow exists. Her goal is to learn more about web programming and how to cook a mean stew in her CrockPot. She’s also super excited to be part of CUSEC 2013! 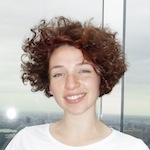 Carla is a recent Software Engineering graduate from McGill! She is an avid video game player and particularly adores RPGs and racing games. In her spare time when she is not playing video games, she loves to read books, such as “The Game of Thrones” series, and playing billiards with her friends. Ever since she first attended CUSEC 2 years ago, she has always been impressed by the dedicated group of students that work hard to make it a great success every year! She is ecstatic to be Co-Chair this year and is absolutely proud to be a part of an amazing team! 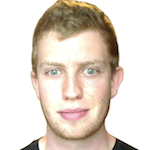 Mitch Smolash is a 4th year Software Engineering student at Concordia University. This is his second year as CUSEC’s Director of Logistics and 3rd year participating in the conference. Mitch enjoys web development using a combination of technologies: Java, Python, Ruby, among others. In his spare time, Mitch enjoys playing hockey. 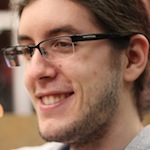 Alex is a U1 Software Engineering student at McGill University. In his spare time, he loves to cook, sleep, drink coffee & tea, travel, and sleep. After last year’s CUSEC, Alex has been hooked on Rails. This time around, Alex is serving as Webmaster for CUSEC 2013. 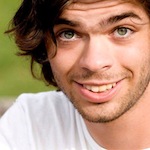 Alex Selesse is a U4 software engineering student at McGill University in Montreal. He attended his first CUSEC in 2011 and has been part of the organizing committee since. In 2012, Alex served as the Head Delegate for McGill and for this year’s CUSEC, he is the Director of Sponsorship. 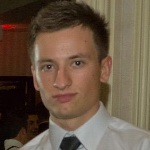 Razvan is a last year software engineering student at Concordia. He loves the outdoors, especially mountains. He hikes during the summer and snowboards during the winter. He also likes to get involved and follows tech trends feverishly on twitter. Joined CUSEC recently and he is now working on the sponsorship team. 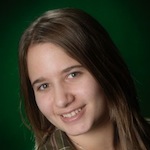 Samira is a second year student at the University of Ottawa, studying Software Engineering, and she’s in co-op as well! She loves playing basketball and watching movies in her free time. Samira started coding in grade ten, and since then it just stuck!

After attending her first CUSEC last year, she knew that she just had to get involved with this awesome event. As Social Media Guru, Samira takes care of the Facebook and Twitter accounts for CUSEC. She can’t wait for #CUSEC2013! 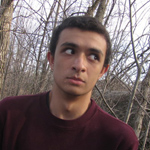 Mohammed Chamma is a 2nd year Physics-Math student at the University of Ottawa. He started using Java in high school and has been programming since. He spent a lot of time making short films with friends and for class, and now works as a software developer to pay for tuition. Recently he’s been dabbling with Javascript and Erlang (the coolest thing since sliced bread, arguably). Mohammed got involved with CUSEC after attending it in 2012, and will be joining the A/V team for this year’s CUSEC. 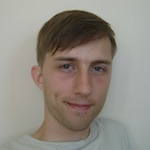 Tavish Armstrong is Director of A/V for CUSEC 2013. During the school year he studies software engineering at Concordia University. Since 2009 he has been a web developer, working with PHP, Drupal, and Python. He is also currently co-editing The Performance of Open Source Applications. You can find him online at tavisharmstrong.com. 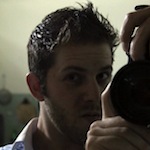 Antoine is a 2nd year at the University of Ottawa in Software Engineering. A typical week in his life has ‘reading technical books/blogs’, ‘coding apps/demos’, ‘dreaming of space’, ‘watching sci-fi shows’ and ‘eating delicious food’ in it. He recently did stuff using : OpenGL, Android, Arduino, Arch Linux, C, Java, C++, Ruby, Rails and what not. His ultimate goal is to one day explore another solar system, but in the mean time he tries to learn about various technologies. In his previous life, he was an Infantry Officer in the Canadian Forces. He spends all of his free time travelling in Asia. 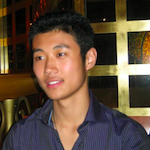 Bowen Xu is a 2nd year Software Engineering student at University of Waterloo. He has a passion for IOS development, especially for IPad visualizations and insights. During his spare time, Bowen enjoys running, traveling, and playing foosball. 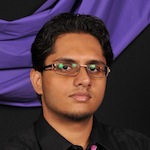 My name is Caradec Bisesar. I am currently studying Software Engineering at the University Of Toronto: Scarborough Campus. I work at Maxwell Photography as a Technical Specialist, which in other words makes me the ‘computer guy’. I have a strong interest in graphic design, mainly focusing on Photoshop. I also am a very music oriented person; my day isn’t complete without a little music playing. 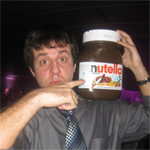 My name is Daniel Ricci; I am the head delegate for Concordia University and am currently a freshman Computer Science Masters student. I work at Crescendo Systems as one of their software developers, working in ASP.NET MVC and am heavily involved in JQuery development (but I’m a true C++ programmer at heart). I am extremely passionate about Computer Science, and I am always on my computer conjuring up new things, and of course playing insane amounts of video games. CUSEC has so much to offer you, from networking with employers, to getting an inside view on what’s really going on in our world of technology. I seriously recommend you attend CUSEC because, well, would you rather stay home and play with Pandas in World of Warcraft, or talk with employees from company’s such as Apple, Adobe, Amazon, and Microsoft; I think it’s a no brainer, CUSEC ftw. 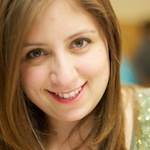 Danielle is a 3rd year Software Engineering student at the University of Guelph. She is interested in human computer interaction, user experience, as well as mobile application development. In her little free time, Danielle can be found rock-climbing or swimming, and she can never pass up a good book with a comfy chair. 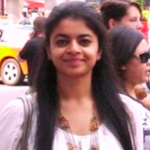 Her interest in computers developed since she was a toddler. What fascinates her about technology is the fact that it can be re-engineered and improved in so many different ways and that the fact that it is one of the most creative method of development. Robotics is her main interest and reason for choosing Computer Systems Engineering. Kruti is also trained Indian classical dancer, loves to read books; and play Basketball, badminton, and Guitar; watch movies and TV shows. Collecting rare coins is also her hobby. 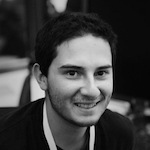 My name is Santiago Gil and I am a third year Software Engineering student at the University of Waterloo. I attended CUSEC back in my first year and it was an awesome three days so anyone interested should definitely come. I’ve mainly worked on mobile software development, mostly during co-op. When I’m not in the lab at school or working, you will find me catching up on endless hours of TV, playing video games, or even cooking up something for my neglected food blog.